Jawaharlal Nehru Port Trust (JNPT), located on the West coast of Maharashtra state in India, plans to expand its facilities to capitalise on the escalating business in container handling. In view of this expansion, bids were invited by JNPT for development of a new container terminal involving a 330m container quay, reclamation of a 27 ha area for container stacking yards, electrical services and utility buildings. The project is the extension of an existing container handling facility and is expected to have an estimated capacity of 0.8 million TEU.

Cullen Grummitt & Roe was previously commissioned by DP World to assist with their bid for the new development. Following the success of the bid, CGR was further commissioned to carry out project management and site supervision of surveys and ground investigation works at the site. The scope of works included supervision and management of:

The cope of works involved: 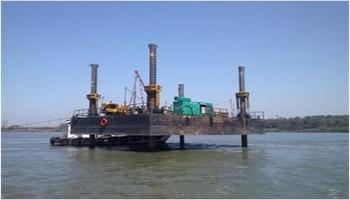