Cullen Grummitt & Roe’s initial role involved being part of the client’s team for the feasibility study and privatisation tender for the port. CGR’s role included master planning, inspection of the existing facilities, development costing, development staging and assistance with the preparation of the tender. The development included the construction of 600m of quay, three approach bridges, reclamation of 20 hectares of land, construction of all new pavements, buildings and services such as lighting, water supply, communication and electrical. An existing rail handling yard was also required to be upgraded as part of the project.

Our client was awarded the concession.

Subsequently, Cullen Grummitt & Roe was awarded the contract for detailed design of the terminal including the wharf, pavements, reclamation, all associated services and upgrading of the rail handling area.

In addition to the detailed design, CGR provided a full-time resident engineer and technical support to the Project Manager.

NSICT has been operating successfully since 1999 and currently handles approximately 1.2 million TEU per annum. 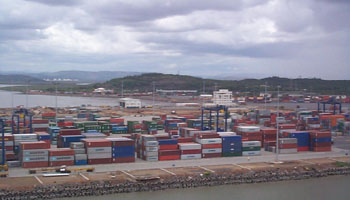