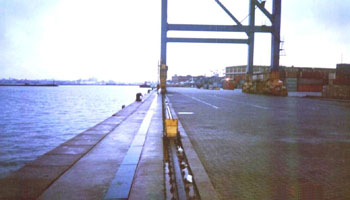 Cullen Grummitt & Roe, in conjunction with our client, was involved in the planning, costing and preparation of a tender for the privatization of an existing container terminal in Montevideo, the capital of Uruguay.  Our client was the successful tenderer for this project.

The proposed redevelopment of the terminal involved civil works including:

Cullen Grummitt & Roe's initial services included detailed inspection of the existing facilities, planning of further developments and associated cost estimates for input into the financial model, and preparation and co-ordination of the tender document for submission to the Port Authority.

The award of the concession to our client was made in December 1997.

Subsequent to the initial award, the port privatisation has been re-tendered. Cullen Grummitt & Roe again worked with our client in the preparation of a second successful tender before again the port cancelled the award.