Puerto Piapsa is a port on the Rio Parana de la Palmas. The port facility had been recently constructed, and the wharf structure had a major failure during unloading of its first vessel.

Our client, P&O Ports considered investing in the development and restoration of the facility.

CGR initially carried out an inspection of the damaged facility and completed a check of the original design to determine it’s suitability for the design loads and for container wharf operating loads. A report detailing costs to repair and upgrade the facility was then prepared.

Cullen Grummitt & Roe subsequently advised P&O on the suitability of rectification works proposed by the port operator. Our client decided not to invest in the facility. 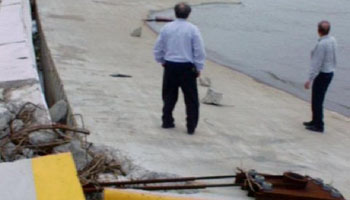