The Government of Argentina called tenders for the privatisation of the North Port of Buenos Aires. Cullen Grummitt & Roe, in conjunction with our client, was involved in the master planning, costing and staging of the development and the subsequent preparation of a tender for the concession of Piers 1 and 2. Our client was subsequently awarded the concession.

The Redevelopment of Piers 1 and 2 at the Port of Buenos Aires involved civil works to the value of  US$ 50 million. The works were required for the conversion of the old general cargo wharves into a modern container terminal. Initial services included detailed design and documentation, project management and site supervision.

Works carried out include:

All major development works for Stage 1 were completed in 1998. The terminal has since undertaken further ongoing development works, the most recent being the construction of an additional refrigerated container storage area which was completed in January 2004. CGR provided detailed design, project management and site supervision for this development.

Major civil works for the next stage of the development are presently being designed. These relate to the development of the adjacent pier, Pier 3, which has recently been acquired by our client. Demolition works on Pier 3 are currently underway. CGR has designed and documented this work and is responsible for the project management and site supervision of the project. Detailed design of the subsequent pavement works has been completed and construction of the first stage of these works is scheduled to be completed during 2004. 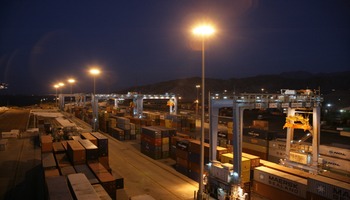