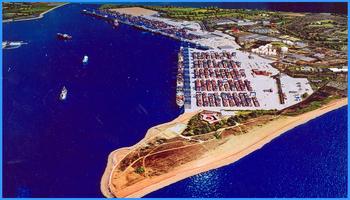 The Port of Felixstowe tendered the development works on a Design and Construct basis.
CGR worked for China Harbour Engineering Corporation (CHEC) in carrying out the tender design for their proposal. This involved extension liason with CHEC’s offices both in the United Kingdom and Hong Kong along with the extensive number of subconsultants involved in a project of this size.

Tenders were submitted in February 2005.

The Port of Felixstowe was awarded approval for the development in February 2006.

After re-tendering the works the contract was awarded to Costain Limited.