Cullen Grummitt & Roe was commissioned by Terminales Río de la Plata S.A. for the Design, Project Management and Site Supervision for the reconstruction of the existing quay crane cable trench at Pier 3, including upgrading for further four cranes.

The project consisted in the demolition of an old concrete trench and its replacement by a double concrete trench, lined with a galvanized steel cover along 570 meters of wharf. As some 70m length of the existing cable trench run over an existing inspection gallery of the quay wall, its reconstruction demanded the propping of the roof of this gallery and its partial demolition and reconstruction as well. 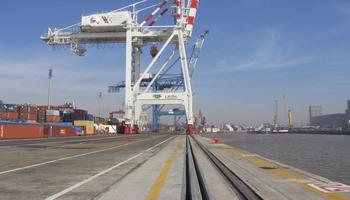