The Port of Ulsan is located on the south eastern peninsula of Korea. It is approximately 60km north of the major port of Pusan. P&O Ports was in the process of reviewing the purchase of this facility and engaged Cullen Grummitt & Roe to review the site, determine its suitability for container terminal development and advise on costs for rectification works required to bring the terminal up to international standards.

Cullen Grummitt & Roe initially carried out a site inspection of the terminal and conducted discussions with the local port authority. Following this inspection, CGR prepared a detailed report, cost estimate and commented on proposed development plans. 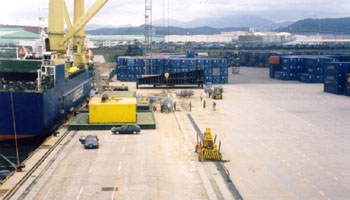